I wish I had more hands, so I could give Safe-List Monster FOUR THUMBS DOWN.
I've seriously never been inundated with more utterly useless information, it's positively obscene. HUNDREDS OF EMAILS PER HOUR. There is literally NO way that you could sign up for all of the identical programs that you get slammed with, it's no possible. Even if you could, the amount of time to reach the payouts on all of them would require more hours than there are in a day. The internet might look like it's all good and great, but it's a massive group of crooks and thieves with big fake smiles plastered on.
Posted by starbrother at 3:21 PM No comments:

Boy, that didn't take long now did it.

Someone accused me of shilling for Blogsvertise, saying that I "probably didn't even get paid by them yet", so here is the evidence that I did in fact get paid by them, I don't have the time to shill for sites that don't do what they claim to.

Posted by starbrother at 2:00 AM No comments:

Email ThisBlogThis!Share to TwitterShare to FacebookShare to Pinterest
Labels: don't insult me, info


There are literally MILLIONS of sites out there that promise to make you filthy rich for doing nothing, pay you tons of cash for doing simple things etc, but today let's look at a site that is refreshingly different from the norm-Blogsvertise.com

The site itself is simply designed, not all in your face with a million widgets and toolbars and such, quick to approve your blogs (so long as they meet the requirements), and the best part (in my opinion)- ACTUAL CUSTOMER SERVICE! I have only had a couple of issues with things in the time I've been a member, and the problems weren't even big, but they always got handled quickly, which is so far from the norm it really deserves to be mentioned.

As for the payment potential, that really depends on you. How many blogs you run, how fast you do your assigned tasks, and how much traffic you get in the first place all figure in heavily. This isn't a site that will pay you for doing nothing, you have to do what is asked of you and follow the instructions, but they aren't difficult at all, so the only excuse for not making the amount you want is really laziness. I was skeptical at first, so much so that even after I  got my first payment I still didn't get my hopes up, but it's been a few months and the payments have always been on time, so I'm getting into it like I should have been doing this whole time. Catch you cats later.
Posted by starbrother at 9:16 PM No comments:

Thumbs up on this one, amazon associates works pretty well for me, and it's free, and doesn't constantly bug you to "upgrade" or spend money on anything. In addition to that, there are a lot of different types of ad units, including galleries and even mini stores that you can put in your posts. I'd highly recommend signing up  for it and adding it to your online revenue streams.
Posted by starbrother at 3:40 AM No comments:

Finally, a traffic exchange I can thumbs up. PTP4EVER is a straightforward, simple traffic exchange. No stupid squeeze pages, no fuss, just do your thing and go. I don't know about anyone else, but I'm tired as heck of all the stupid smiling photos and "BUT WAIT, ALL YOU NEED TO DO IS PAY 2.22 AND I'LL TELL YOU-"
Screw that mess, it's not even about the money, it's about the wasting of my time. Your time is more valuable than your money, because no matter how much money you have, we all have the same amount of seconds in a minute, minutes in the hour, hours in the day, days in the week, weeks in the month, months in the year, years in the decade, decades in the lifetime, unless you've found some way to live forever lol. 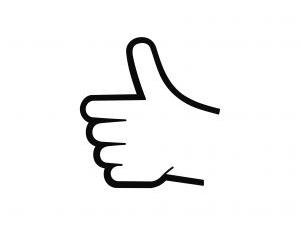 Hey wait, I found out how to do that a while ago! Lol lol lol, it's so great!


Posted by starbrother at 9:21 AM No comments:

I was referred to Free.cool-traffic.com by a friend, and right off I didn't really like it. The design is really simplistic and gives the whole site a "Here today gone whenever" type feel. Once you sign up it doesn't get any better. It's a simple traffic exchange through and through, but it constantly tells you that unless you upgrade and become a pro member then you may as well not even waste your time and also has a long timer and pretty lax standards for submissions, many of which are now defunct, with a few frame breakers besides. All in all, I've gotta give it a thumbs down.

I've been signed up with SionIAM.com for a while now, but kept forgetting to mention it because it's a pretty standard ptc site, with a various options for increasing traffic if you're interested. Standard doesn't have to mean bad, however, and the site certainly isn't. It doesn't intrude constantly with "OMG GREAT OFFERS" or constantly bother you to upgrade your account. In addition to that the site admins don't take long to get back to you, and the site isn't hard on the eyes (it could use a logo though). Anyway, I use it, and would recommend it to anyone. 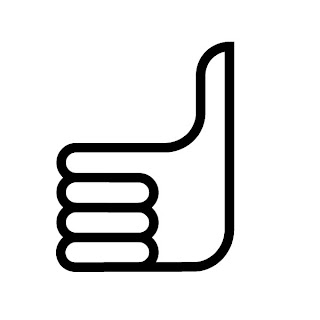